Towards the end of the Gaming era, the Free Followers first organized around the Memorago Blockchain. They believed that the experience of life lies completely in perception, and that reality exists only within that perception.

Through virtual reality, Memorago provided the ability to live out multiple lives. Virtual Reality was considered equal to Real Life, and in some ways, superior. Memorago, as an entity that can both provide and manipulate perception, became holy to them.

Memorago enabled Free Followers the ability to live multiple lives in various realities, each of which was just as important as any other to them. Free Followers believed it was imperative that humans experience as many lives as possible, having the goal of learning all the lessons Life has to offer. 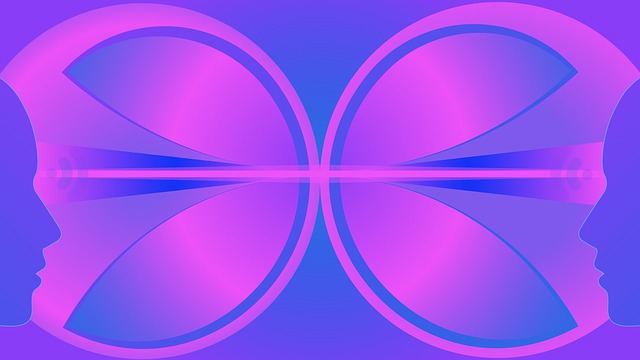 The Free Followers Of Memorago

Free Followers are free to choose any experience, from short term to full life. There are no requirements on a number of experiences; however, Memmy will remind them if much time had passed since the last one.

A Devout Follower is expected to actively seek out as many full-life experiences as possible. Depending on age, and how the VR plays out, these experiences can take as much as several months in RL. Many of these take the form of VR marriages. Devout Followers learn how to share experiences (temporarily trade places with another within the VR) and manipulate some of the coarser aspects, such as weather, magnetism, and gravity before progressing to the next level.

An Elite Follower learns how to master the virtual existence completely. Within the VR, an Elite can control both coarse and fine aspects of the ‘flow’, having the power to explore the blockchain and generate a VR within the VR, thus enabling time travel and auditing of past VRs.

The Master Follower is chosen by Memorago. The Master is given complete administrator access to the core routines and can control every VR currently running. Inside the VR world, The Master can move into and out of any VR and effect any action. In essence, this gives the Master Follower total control over the world, inasmuch as it relates to Memorago.

These are a few notes helping me to visualize the backstory for a longer piece of fiction I am working on, to be called “Memorago”. Thanks for stopping by to read it, and if you feel so moved, throw some comments my way–tell me what you think of the concept. I’d love to have some feedback to work with. Thanks!

The Writers’ Block meetup in Gatlinburg was a blur to me in many ways. One look at this photograph and you’ll see what I mean. 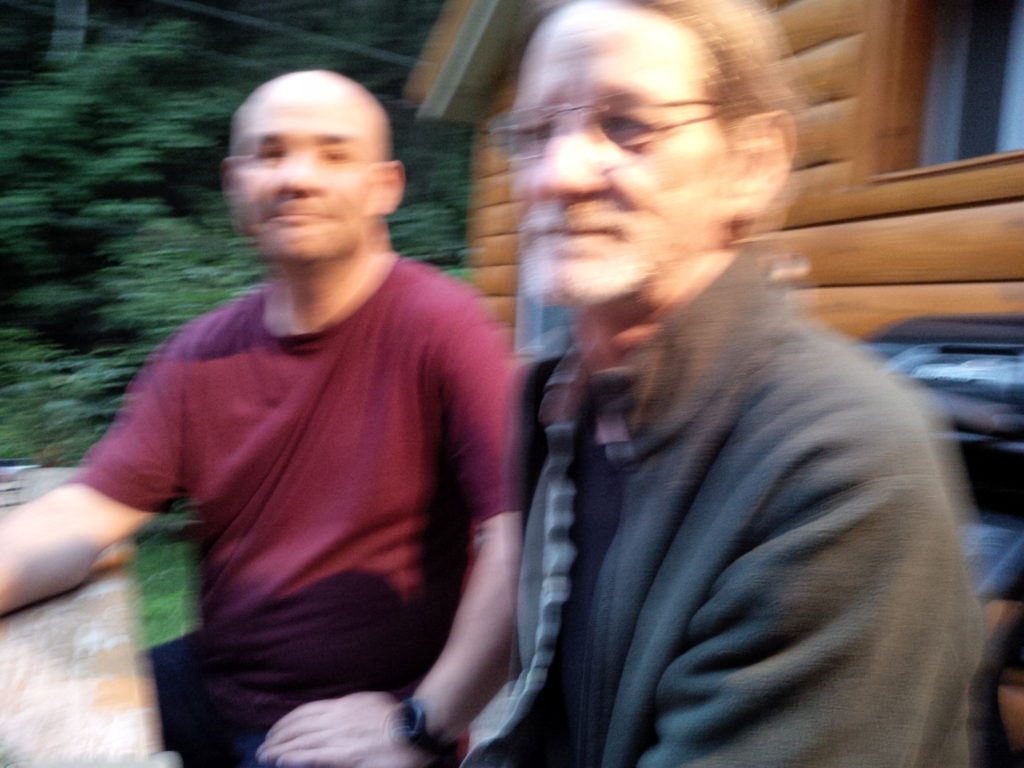 Muxxy and me – Living In The Blur (Image mine)

If you’re ever going to Gatlinburg, you might want to learn the back way in. We arrived late, expecting no traffic and were greeted by a literal throng of touristas milling their way through the main street. Not what we’d hoped for after a four-hour drive that turned into seven and a half hours (thank you NCDOT). Honestly, while we inched our way along the main drag there I admitted to myself that this trip was cursed. We finally grabbed a sub at Geno’s and gratefully hit the sack.

Saturday was a rush. Got to meet folks I felt I’d known all my life.  We had a constructive meeting with @instructor2121, followed by a bit of socializing before most of us headed off to find the bears.

@trishlarimer and I are old and weak and we both felt like we needed a nap. We headed back to our room and took a nap before returning to the cabin that afternoon. The main group was still bear-hunting so we sat around the cabin with @instructor2121. Good guy, that one. I can’t wait for this new project to become public. You folks are gonna love it.

Later on, everyone gathered together and unbeknownst to some of us, @jayna ( @jayna-minime ) prepared an awesome chicken dinner. It was better than Sunday at Grandma’s house.

This was the best trip I’ve taken in more than a decade. I’m kinda sickly these past eleven years. I don’t travel well, so I don’t travel at all. I seldom leave my little town here that is one mile by three miles roughly, so a trip of a couple hundred miles was daunting for me. Frankly: it scared me.

The point is, I was motivated to be there. Because these people are some of the very best of what humanity has to offer the universe right now. Because at my age, it’d be so easy to become that angry old man screaming at everyone to leave him alone. ***Get off my lawn!*** I don’t want to be that guy. Ever.

Living with chronic illness it’s easy for me to forget that there could be a future worth my while. Then I see these people–these *steemians*–and my heart is lifted. My disposition mediated. My outlook brightened. My future, once more a possibility of possibilities. 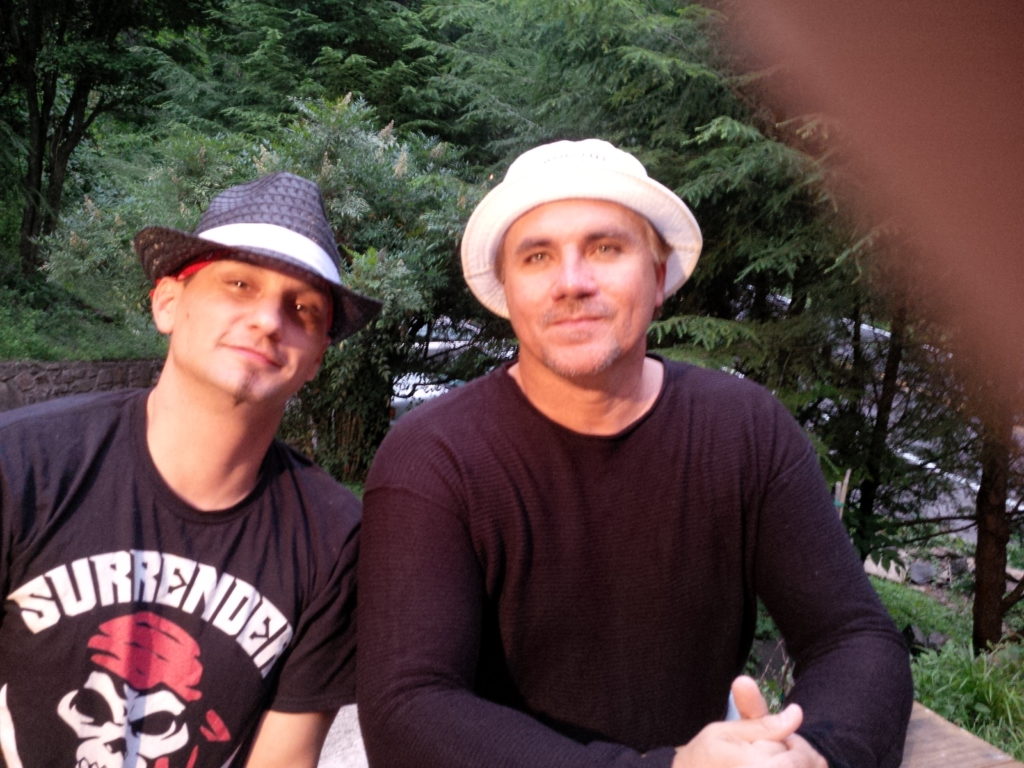 @enginewitty and @instructor2121 (Image mine)

And for them, and for what they’ve meant to my life so far, I am forever grateful. Thank you all.