I am a big fan of bees. A big fan of Life in general. And I have a confession to make: I killed this little guy here on my deck yesterday.

It’s not even that simple. I’d lain in wait for him to show up. Armed with the trusty little pink flyswatter, I knew he’d be showing up once the heat became unbearable. There’s a table there that I suspected he was hanging out beneath–I’d seen him several times earlier in the week.

So when he showed up, I swatted him hard. He fell to the deck, not dead, struggling to regain a foothold and launch into flight. I swatted him again, harder this time. His efforts failed and he lay there struggling. Legs and arms flailing, trying to find anything to hold onto. I brought the weapon down on him one last time and his flailing was reduced to the spastic twitches that any dying animal would make after being bludgeoned to death.

The cats hid under different chairs, peeking out to see if my violence would subside. They’ve seen this human save all kinds of bugs and creatures from a certain death. Never saw me murder one. 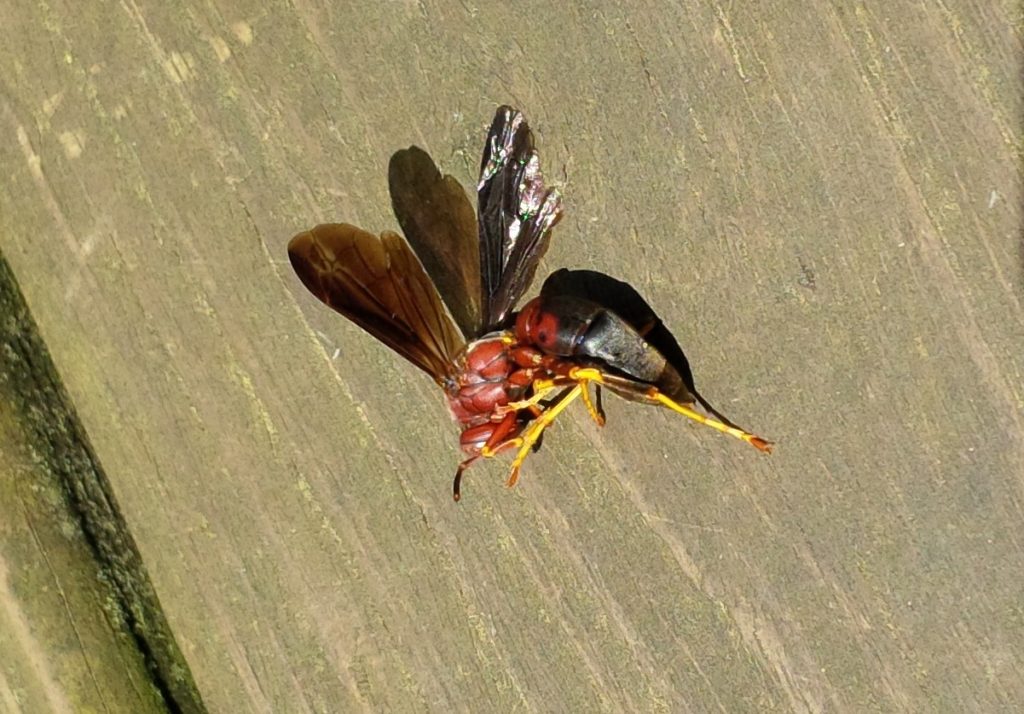 I studied the dying creature, watched death take it from here. Look at those wings! That masterpiece of a body! As it passed from us I watched it bring its little hands up to its face. Easy to imagine that I, the huge and meanacing human, would have done the same.

He’s not so different from me. Sure, his form is nothing like mine. But all he really wanted was to find a place sheltered from the sun. He never once gave me an indication that he’d bother me. He had no idea I was afraid of him.

I feel awful about this. And I will never do it again. If his kind make it back to my deck they are welcome. And if they make it inside the house, I’ll help them find their way out just as if they were pretty butterflies. Everyone deserves a chance to live.

On another note, this is my first experiment with the new WordPress plugin Steempress. If all goes well, I’ll be posting almost exclusively through my blog over at Gimmee.net–you might want to check it out for yourself.